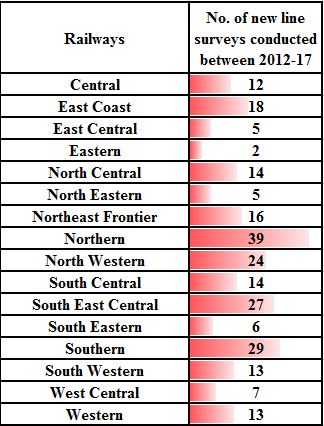 Out of the above, 3 Nos. new line projects have been sanctioned. 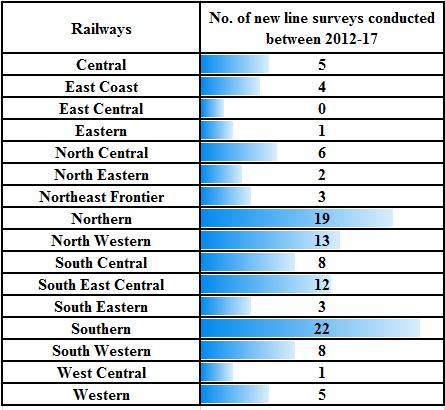 These projects could not be taken forward due to their unremunerative nature and large shelf of ongoing projects. An expenditure of  68.84 cr has been incurred on these surveys.

This Press Release is based on the information given by the Minister of State for Railways Shri Rajen Gohain in a written reply to a question in Lok Sabha on 19.07.2017 (Wednesday).