The fare structure of AC EMU service shall be as under :-

The details of fare charges of AC local train are displayed as under :- 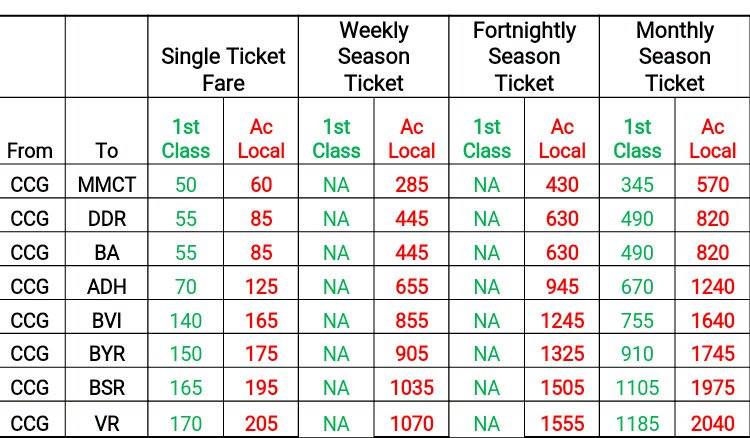