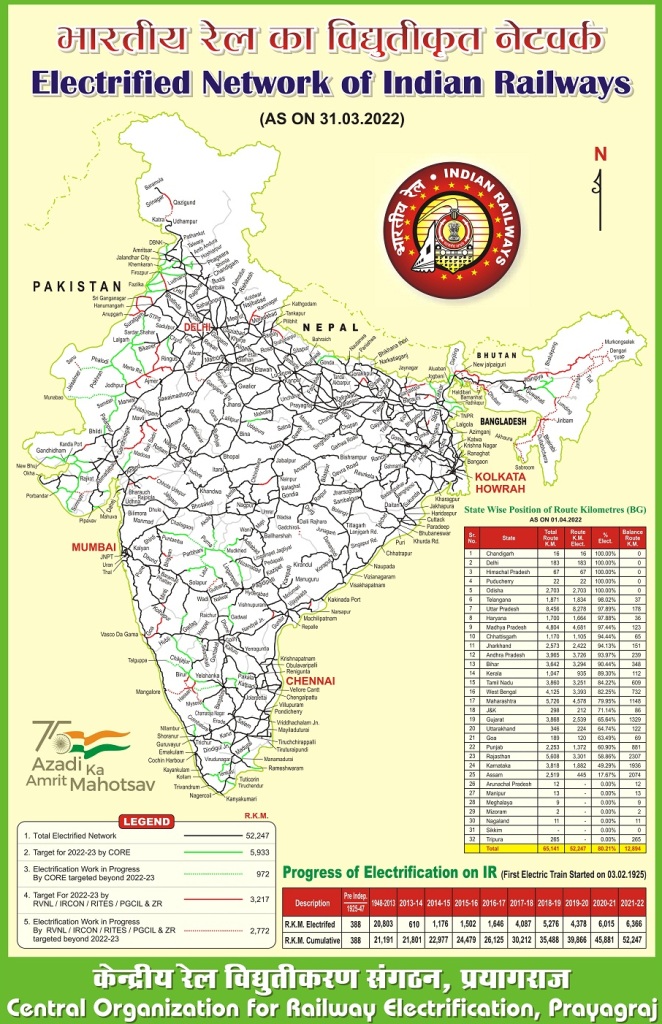 To reduce the Nation’s dependence on imported petroleum – based energy and to enhance the country’s energy security, with a vision of providing eco – friendly, faster and energy – efficient mode of transportation, Indian Railways is marching ahead towards 100% electrification of Broad Gauge tracks.

Total length of Broad Gauge (BG) routes, electrified BG routes & routes yet to be electrified, zone wise as on 31.03.2021 are as under:-

Electrification works are under different stages of planning / execution on balance 18,808 RKM of BG routes of IR, which are being electrified expeditiously.

To complete the projects in time, various steps have been taken which include among others award of large size Engineering Procurement and Construction (EPC) contracts, better project monitoring mechanism, assured / committed funds through ‘Extra Budgetary Resource (Institutional Finance), decentralization of powers to field units etc.