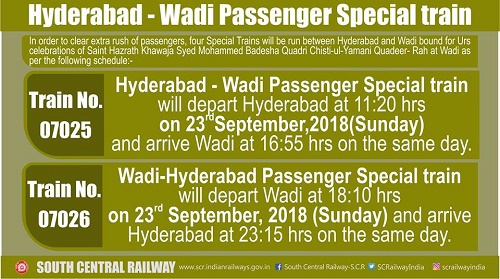 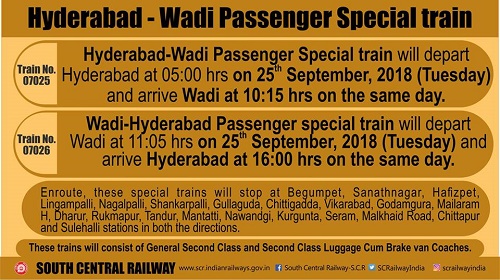 Railways have decided to run 4 unreserved special trains between Gulbarga and Hyderabad to clear the extra rush of passengers due to Urs-e-Shareef festival of Hazrath Khaja Bandanawaz at Kalaburgi, Gulbarga from 08.08.2017 to 12.08.2017.

The details are as under-

In order to clear extra rush of passengers attending Urs-e-Shareef of HazrathKhaja Bandanawaz , at Gulbarga from 8th to 10thAugust, 2017. South Central Railway will run four Special Trains between Hyderabad and Gulbarga as per the following revised dates schedule:-